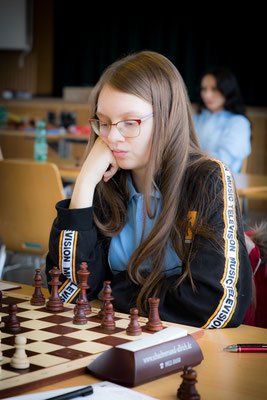 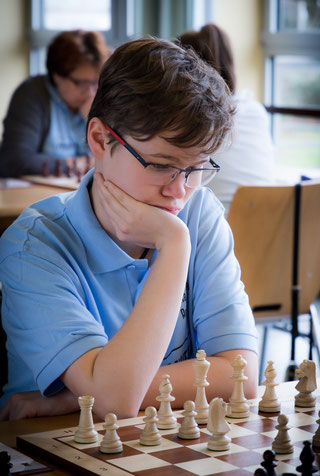 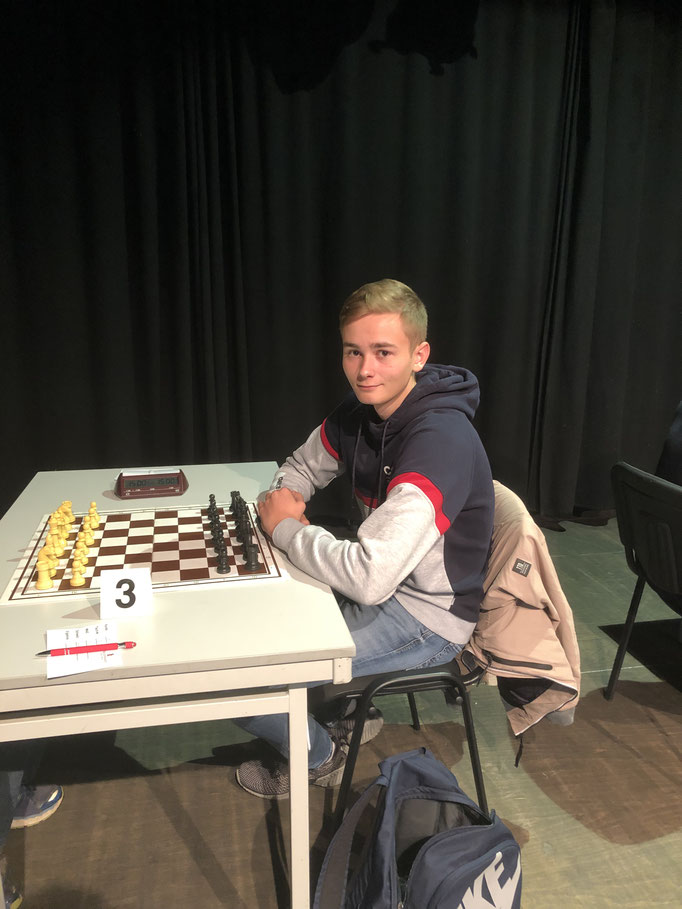 On Friday there was a match between the youth team of the chess club and the Cotnari Chess Academy from Iasi (https://www.facebook.com/academiadesahcotnari/).

The occasion was on the one hand the celebrations for the 96th birthday of the world chess federation FIDE, the so-called International Chess Day on July 20th (https://fide.com/news/630), but also the fact that our youth players, after several months of absence from the boards, were looking for a possibility to simulate competition practice, although the friendly character was clearly in the foreground.

Hemer's youth trainer Carmen Voicu-Jagodzinsky had put together a strong team that was to compete on a total of six boards in the age groups U18, U16 and U14 (each m/f). However, some of the players were significantly younger than permitted, which was also the case for the opponents.

Actually, the next games should only be started when the whole round was finished. But here Carmen still has to optimize the coordination with her players.

Although the Hemeraner players were favoured after ELO, contested games developed. In the first round, the game of Timo was especially interesting. He tried to win in a rather fast final game put on the board, but got into trouble himself.

After Linda had equalized the loss on Lukas board at the U14 boards, Moritz won. Neither Marcus, nor I, had noticed that he had won a piece early. Moritz, who was then also available for analysis in word and picture, explained that it was a known opening mistake made by his opponent.

Meanwhile, we noticed that Linda had simply continued playing and after a draw in rapid chess game no. 1, she had achieved a draw as well as two wins in the blitz games.

Meanwhile Timo was getting more and more under pressure. Unfortunately, Catriona also missed some good opportunities and suddenly stood on a loss.

Luckily Alessia won her well played game and replaced Moritz as interview partner, while Timo meanwhile had little hope for the party rescue.

Finally, he had to give up and the first round 3-3 had run out.

In the second leg, which was already 0.5-0.5 due to Linda's quick games, Lukas achieved a draw. In the other games our players now dominated their opponents quite clearly. Only Moritz's game gave cause for concern in the meantime. But when his opponent Moritz König wanted to checkmate in the final game under pawn sacrifice, Moritz calmly collected all the pawns and finally won. A clear 5-1 ended the rapid chess match.

Meanwhile, Catriona had already started to play her blitz games, which she unfortunately both lost.

When Moritz had finished his rapid chess match, the score was 8-4 in rapid chess and 1-2 in blitz.

For the broadcast, the blitzgames now became the touchstone, because it was difficult to switch between the games.

Timo and Lukas lost their first blitzgames. And Alessia suddenly had one piece less and was objectively lost. But in mutual time pressure she saved a draw, so that the first blitzgame was won by our Romanian opponents with 3.5-2.5, because at least Moritz could still win.

In the last round it remained with the defeat of Catriona. Lukas offered a draw with better position and worse time, which was accepted.

Timo and Alessia won their games. And Moritz was lucky in the end, when his opponent exceeded the time in draw position.